The work explores the opposition between Eros and Thanatos, or the instinct of life against that of death within the intimacy of a couple. The destructive instinct of the passion, the toxicity that arises in couple hood, the search for domination of one over the other, the imbalance between two people… all these find their way into this relationship.

Animal, serpentine and sometimes spider-like gestures develop in a game of reverse birth and death where one draws his/her vital energy of the other. The conclusion is found in the beginning, like a snake biting its tail.

Sin was originally part of Babel(Words), the Oliver Award-winning choreography by Damien Jalet and Sidi Larbi Cherkaoui from 2010.

The strength and impact of this duet inspired the two choreographers to rework the sequence and give it a life of its own.  If the myth of Babel in the Bible represents the first collective failing, then the story of Adam and Eve would be the first individual offence.

Damien Jalet is an independent Belgian and French choreographer and dancer whose work has been presented all over the world. He was the 2017 artistic director of the UK National Youth Dance Company, and is associate artist at the Theatre National de Bretagne. 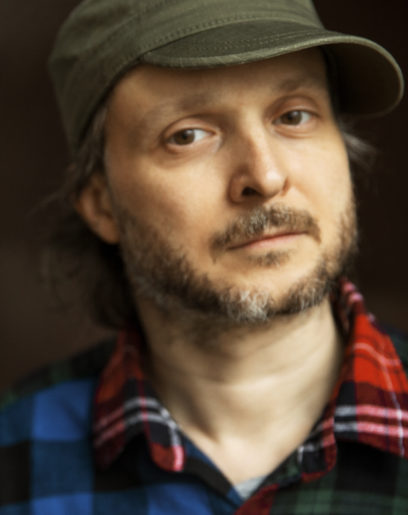 Sidi Larbi Cherkaoui is the artistic director of both the Royal Ballet of Flanders, and Eastman, and is a Sadler’s Wells associate artist. His work encompasses a vast array of projects and collaborations; ranging from contemporary dance to theatre, ballet, opera, musicals and other forms of performance. His non-hierarchical thinking on movement, body language and culture is the basis of his artistic approach. More