the iconic dance to music by the Rolling Stones

I’m-a gonna tell ya how it’s gonna be! The rock’n’roll swagger of the Rolling Stones comes thrillingly to life in Rooster, Christopher Bruce’s electrifying celebration of the swinging sixties.

Sharp-suited, snake-hipped men and strong, sassy women perform virtuoso courtship dances to some of the Stones’ most famous tunes, including Not Fade Away, Paint It Black, Sympathy for the Devil and Little Red Rooster.

First performed by Rambert in 1994 and back on UK stages in 2014 for the first time in 13 years, Rooster is full of humour, infectious energy and toe-tapping tunes. It’s a modern classic and firm audience favourite.

Rooster is back on UK stages for the first time in 13 years.

First performed by Rambert at the Theatre Royal, Newcastle, 8 December 1994.

‘Choreographer Christopher Bruce created Rooster in 1991, and Rambert first performed it in 1994. Put simply, it looked fabulous then – and, in Rambert’s all-pistons-pumping revival, it looks if anything even better now.

You can tell that Bruce knows these songs inside out, and the detail with which he physically represents a guitar lick here, a percussion stab there – and the crisp athleticism with which the troupe responds – is a genuine joy to watch. Who knew that the Stones made such fantastic dance music?’

I was listening to some Rolling Stones’ tracks when I suddenly found myself wondering if I could use them to make a dance piece. When I finally came to choreograph Rooster, nearly two years later, I had to be very careful to avoid falling into a trap. The music was so well so known and I had to make sure that the dance itself was strong enough and the overall structure sound. There had to be a link between the eight tracks and themes that carried through. The whole had to add up to more than the individual parts. I looked for a choreographic language that was individual to the piece, but I try to do that with every dance I make.

Rooster is a celebratory work in that it celebrates the sixties and, of course, my youth. Some of the tracks, such as Ruby Tuesday or As Tears Go By, are more reflective but even in these sections I have tried to find humour and a sense of fun. One of the main themes I explore is the male chauvinism that comes through in the lyrics of some of the tracks and it is also interesting to see these behavioural patterns beginning in the playground where children can be so cruel to each other.

What I love about dance as an art form is that it doesn’t use words to nail down exactly what the piece is about. For me, dance is a collage of ideas which the audience can read on several levels. Every time they come to a performance they see something completely different, depending on their mood, and the performance on that particular occasion. Every viewing should be able to take you to another place.

With my works I always like to transport people to another world; to engage them. If I can succeed in this, I feel the process has been worthwhile.

It’s been great to return to it. The piece is basically the same wherever I stage it, but I’m always affected by the dancers I work with, therefore the way one dancer performs a role will always be slightly different to another dancing the same part.

The dancers seem to really enjoy dancing it – but the piece is much harder than it looks. On stage it appears as if they are just having a lot of fun but the discipline that is required is exacting. I always say to the dancers that the choreography has to be as accurate as a Balanchine ballet.

The positive thing about Rooster is that it doesn’t seem to date. Like the Rolling Stones’ music, it seems to affect and engage a whole range of generations from youngsters to 80-year-olds, which is wonderful. I think the themes in the piece are universal even if I am treating them quite lightly. The piece is an ironic look at the sixties and the attitudes of the times. The chauvinism may have declined a little in the West, but, the world over, attitudes haven’t always changed that much, I have to say!

Behind the scenes as Rambert rehearses Rooster, the iconic dance to the music of the Rolling Stones. Dancers from Britain's national dance company talk about the fun, creativity and hard work that go into bringing the Stones' rock 'n' roll swagger - and Christopher Bruce's challenging choreography - to the stage. 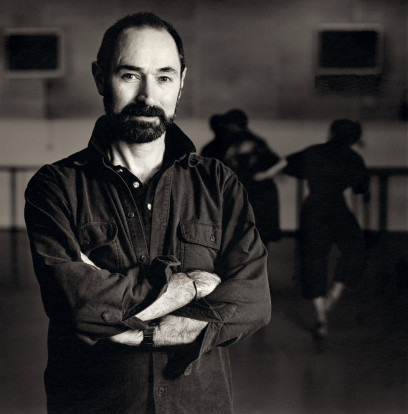 One of Britain’s leading choreographers, with an international reputation, Christopher Bruce trained at the Ballet Rambert School. He joined Ballet Rambert in 1963 where he was acclaimed as one of the most gifted performers of his generation, and remembered particularly for his performances in Glen Tetley’s Pierrot Lunaire and his own Cruel Garden. He is recognized as the last major choreographer to have been nurtured by Marie Rambert.

In addition to performing and choreographing, he was Associate Director of Ballet Rambert from 1975 – 1979 and in 1980 became its Associate Choreographer. In 1994 he returned to the Company as Artistic Director until 2002. Among his best-known works are Cruel Garden, Ghost Dances, Requiem, Intimate Pages, Sergeant Early’s Dream, The Dream is Over, Swansong, Rooster, Moonshine and Four Scenes, all of which have been televised. He has created works to celebrate a number of the Company’s anniversaries – Girl with Straw Hat (50th), Ceremonies (60th), Quicksilver (70th) and Grinning in Your Face (75th).

Christopher has also choreographed for Tanz Forum, Cologne, the Batsheva Dance Company, Australian Dance Theatre, Nederlands Dans Theater, Cullberg Ballet, the Royal Danish Ballet, the Gulbenkian Ballet, Ballet du Grand Théâtre de Genève, English National Ballet (where he was Associate Choreographer from 1986-91) and Houston Ballet (where he was Resident Choreographer from 1989-98 and subsequently Associate Choreographer) and most recently The Royal Ballet. He has choreographed for musicals, plays, operas television and videos.

Marian Bruce trained as a dancer at the Rambert School and performed with Marie Rambert’s company in the 1960s. She began her studies in the visual arts in 1970, later undertaking an MA in printmaking at Wimbledon School of Art. Marian Bruce has exhibited widely in England and is represented in Houston, Texas by Donna Rogers. She designs for contemporary dance productions both in the UK and internationally.