What do you remember about the creation process?

Most of all, I remember the music, which at the start had been very unfamiliar in spite of the fact that I was born in Latin America. The music, coming from Chile, is extraordinary, haunting, otherworldly, and at the same time, very much rooted in the traditions of people of the continent.

Music from Ghost Dances and the Chilean Movement Nueva Cancion

I will never forget hearing the live music from the talented members of the Mercury Ensemble (as it was then called). I found it hard to believe they were able to produce such music and such sounds and to make that music their own.

I also remember watching some of my fellow dance artists in rehearsals – people like the unforgettable Frances Carty – and being moved to tears.

Chris [Bruce] felt deeply about the subject matter and this showed through in his choreography.

What was it like performing for the first time? 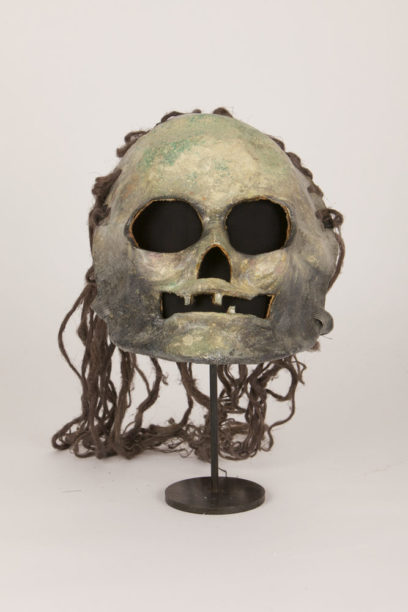 I was in the second cast that performed a day or two after the premiere and it was an extraordinary experience.

It was evident from the start that this was not just another run-of-the-mill ballet but something that had an impact on both performers and audiences.

What do you think has made Ghost Dances so popular over the years?

It became clear that the work had a strong impact from the start. The movement, the mystery of the masks for the ghosts, the eerie and moving music, the extraordinary individual performances all made their contribution.

If we had a plague of injuries and you got a last minute call, do you think you could go on in your original role?

You must be joking!