The Lowry opened its doors for a day of backstage tours, workshops, food and drink, music and performances. The Rambert team was there alongside other Lowry partner organisations including New Adventures, the National Theatre, Opera North, Birmingham Royal Ballet and many more, to give a taste of contemporary dance.

Come and join in with the crazy @Rambertdance lot in the Foyer for some spontaneous dancing 💃🏻 #LowryOpenDay pic.twitter.com/A2qBUxu3WZ

After mini-workshops in the foyer, volunteers joined in with a Ghost Dances flash mob in the plaza, showing off their new moves. 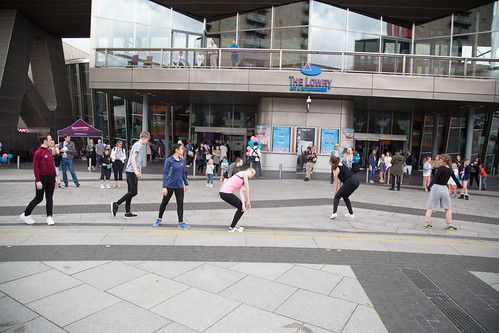 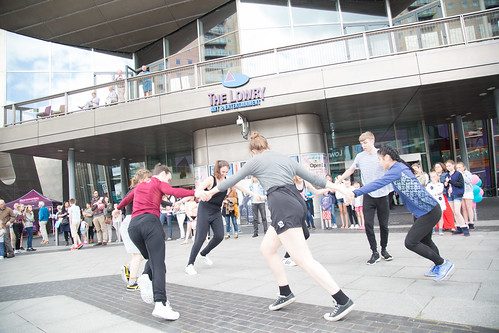 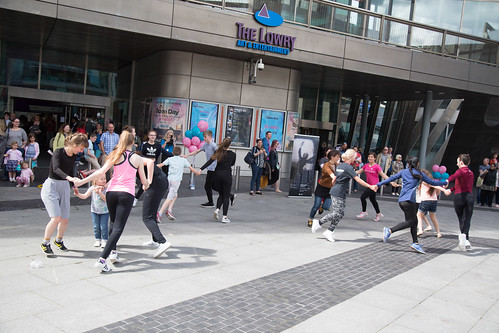 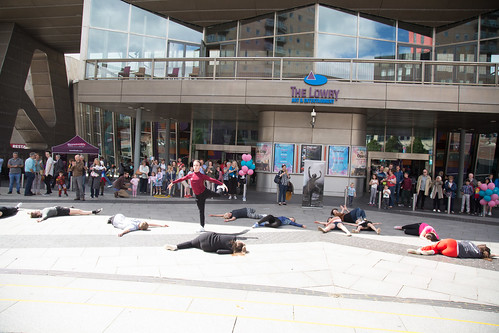 Rambert will be in Salford from 28 to 30 September, performing Ghost Dances at The Lowry as part of our autumn tour. Visit thelowry.com to find out more.